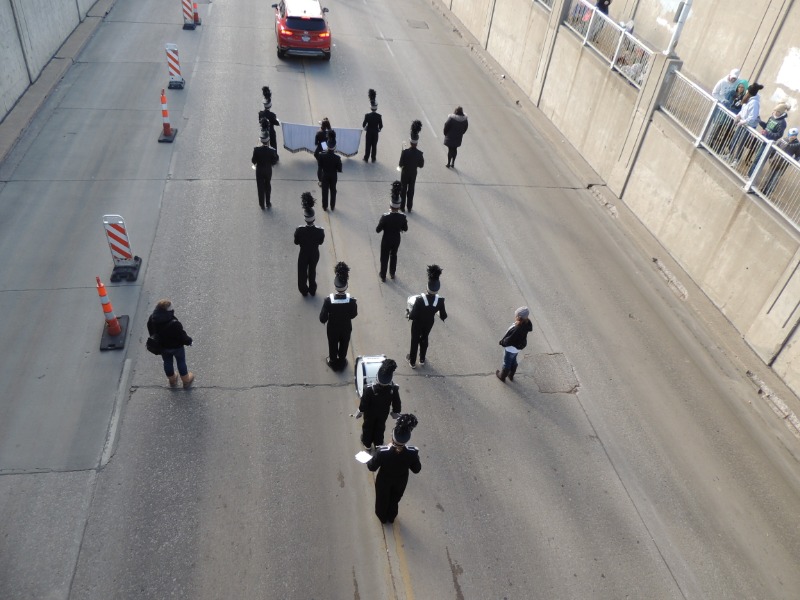 Saturday morning both the L/N and the Sandy Creek band members were up bright and early to participate in the marching of the 2018 Harvest of Harmony Parade.  Both bands represented SCU #5 very well.

THe L/N band was entry number 102.  L/N band director, Melanie Chohon said, "The band kids have been working hard since August to get to where they performed on Saturday. For such a small band they are able to put out a lot of sound and make it sound very musical. We also got a lot of compliments on how professional they looked while they were marching and how they handled themselves in a professional manner. They were a nice representation of Lawrence-Nelson High School. I'm very proud of how far they have come in just the last 8 weeks!

The Sandy Creek band marched in spot number 157.  Band director Brandon Baxter indicated, "The band worked hard and had fun.  We left the high school around 6:45 so it was an early start to the day, but everyone was on time and that's a teacher's dream.  It was a chilly morning, but we rose to the occasion and put on a great show for the thousands lining the streets and for the people watching on tv.  The students had a great time as well, which is the most important part of it."