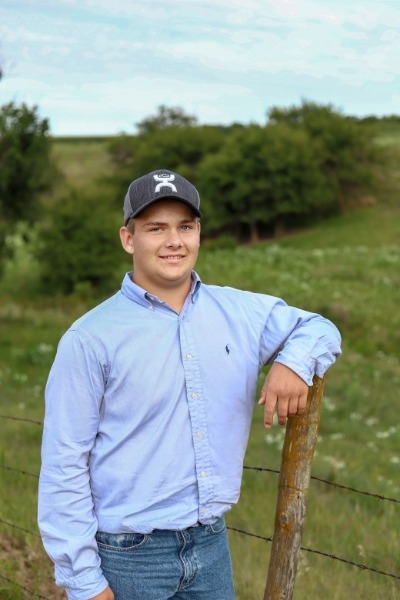 Darren Kathman, son of Mitch and Angie Kathman of Lawrence, NE, was born on March 28th, 2003. He is the youngest of three children and his older sisters include Rachel (23) and Kaylee (19). Darren says that his most memorable family vacation was when he and his family went to Colorado. He said it was memorable because it was the only vacation he actually enjoyed going on. Darren’s favorite childhood memories include driving a tractor for the first time and the time that he shot his first deer. “It was very exciting because I shot it on opening day with my dad.”

In school, lunch seemed to a popular favorite subject amongst the boys. This would also explain why Thanksgiving is Darren’s favorite holiday and why a good t-bone steak is his favorite food. Darren’s favorite sport is football. This is because it is the only sport he ever played.

Darren mentioned that the person who has made the biggest impact on his life thus far has been his father. “My father is a good role model and a fine person to look up to.” He feels that his biggest accomplishment so far has been buying his first sheep and continuing to grow his herd. He enjoys animals and has made a lucrative business out of it.

Darren’s advice for the underclassmen is “DO NOT PROCRASTINATE!” After graduating from Lawrence/ Nelson, Darren aspires to go to Central Community College in Hastings to study automotive mechanics. He hopes to eventually live in or near Lawrence and farm in the future.