Today
Sunny, with a high near 89. Southwest wind around 15 mph, with gusts as high as 25 mph.
Tonight
Mostly clear, with a low around 64. South wind 10 to 15 mph.
Wednesday
Sunny, with a high near 94. Breezy, with a south wind 10 to 15 mph increasing to 15 to 20 mph in the afternoon. Winds could gust as high as 30 mph.
Weather forecast provided by weather.gov.
Search
Main Navigation

Veterans Honored Across the District

The Veterans Day Program at the Elementary went very well.  We had a decent turn out of parents and there were about 10 veterans who also attended the program.  The high school choir did a great job of singing the National Anthem and God Bless America.  Jacob Swift, AJ Koehler, and Ms. Chohon also did a fabulous of playing Taps.  The 5th grade class wrote some ABAB rhyme scheme poems that they each read to the audience.  The 4th and 3rd graders wrote "Thank You” letters to veterans’ which turned out really good.  1st and 2nd graders worked together to make acrostic poems.  Some of the words they created were BRAVE and FREEDOM, and each kid got to say what their letter represented.  Lastly, the Kindergarten class made a finger puppet song where they had 5 puppets on their fingers and eventually all of the puppets made it home safely.

This year for Veterans Day, the seniors decided to have a new take on the program. In years past, Lawrence Nelson seniors have created a video talking about what Veterans Day means to them, but this year, they decided to all do their own individual projects, along with a short speech for each, straying away from the video idea. The students did things like, create woodworking projects from their grandparents' barn who have served, or write a letter to a deployed service member. After the program was completed, the entire school put on their jackets and went outside to go watch a proper flag burning ceremony, put on by the veterans that attended the program. This year's program was meaningful for all to say the least.

At Sandy Creek, students celebrated in many different ways. All students kindergarten through twelfth grade attended the Veterans’ Day Program in the morning, but that didn’t stop there! In the preschool students video chatted with Mr. Bieck who is serving overseas right now. Traveling up the hallway, elementary students read different books and watch a video regarding Veterans Day. Third graders completed an info-graphic about the history and importance of the day.  Students across the board sent thank yous or colored pictures to men and women serving overseas. Elementary students also made large posters to send to our community legions in art. They also spent time coloring/painting American flags and tracing their hands for wreaths. Mrs. Franzen taught the students “The Brave” which was performed at the program that morning. Making our way down to the middle/high school students donated multiple pieces of artwork to the local legions that had patriotic imagery and thankful messages. Students also learned about the incorporation of poppies during the program. Area Veterans and their families were invited to a breakfast prior to the program at the school as another way to thank them for their many sacrifices. Be sure to check out the video below of students singing "The Brave" during the program! 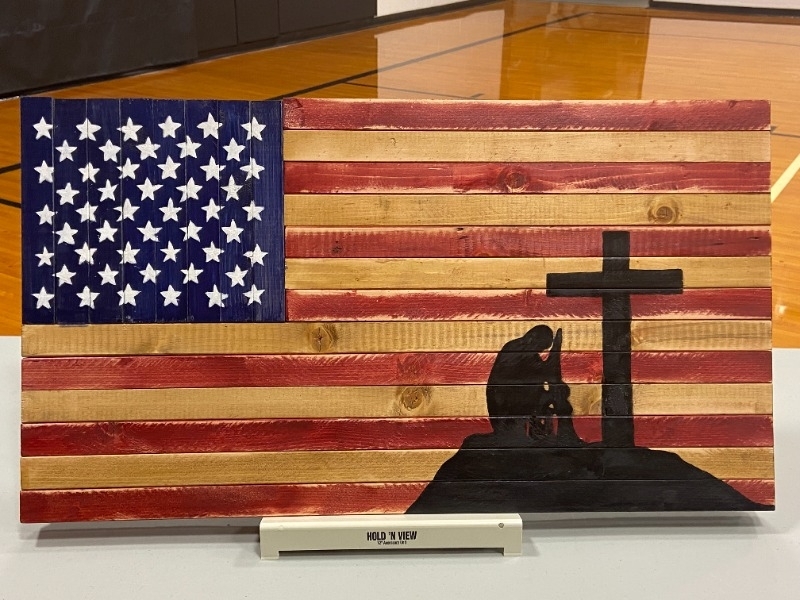 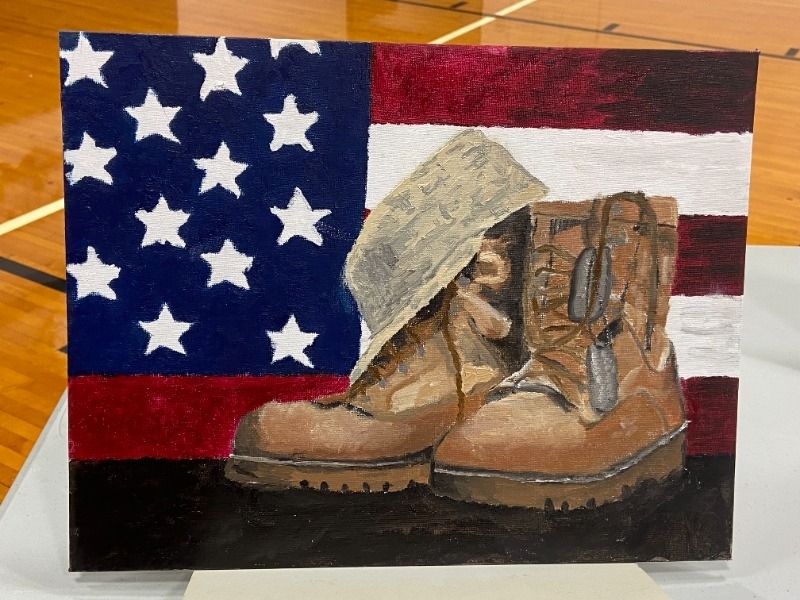 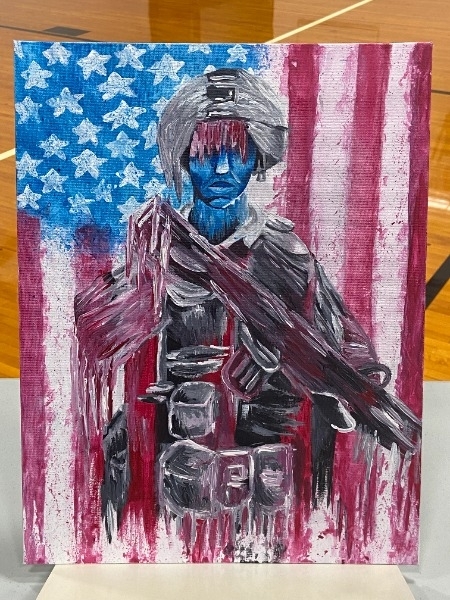 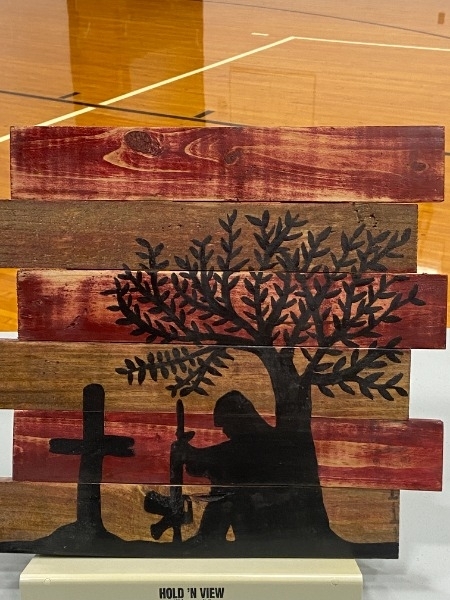 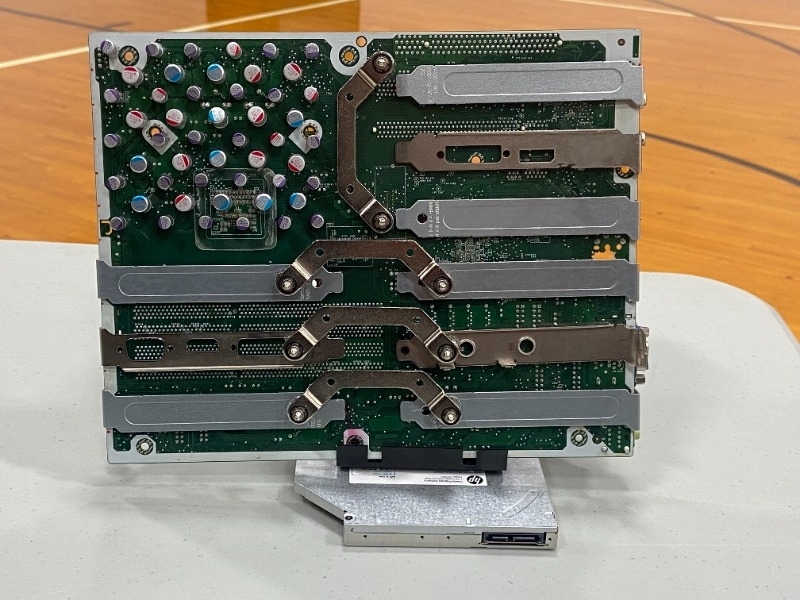 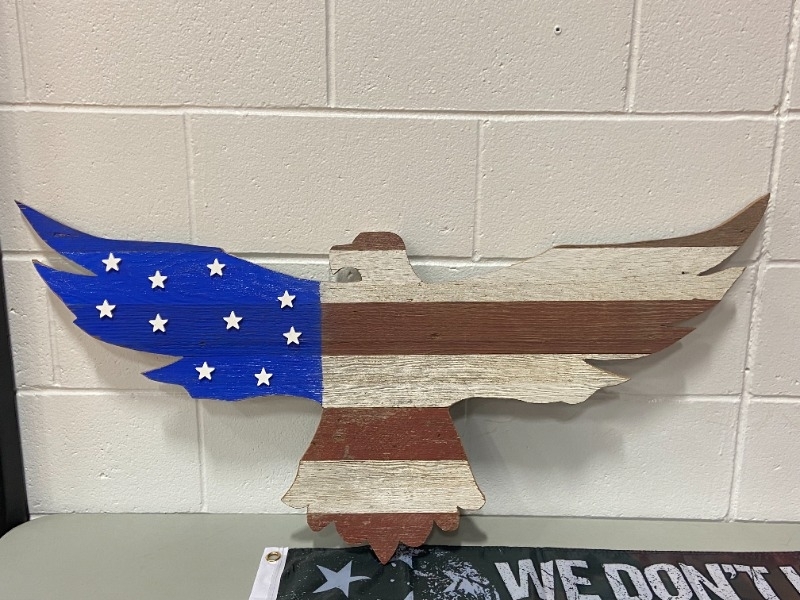 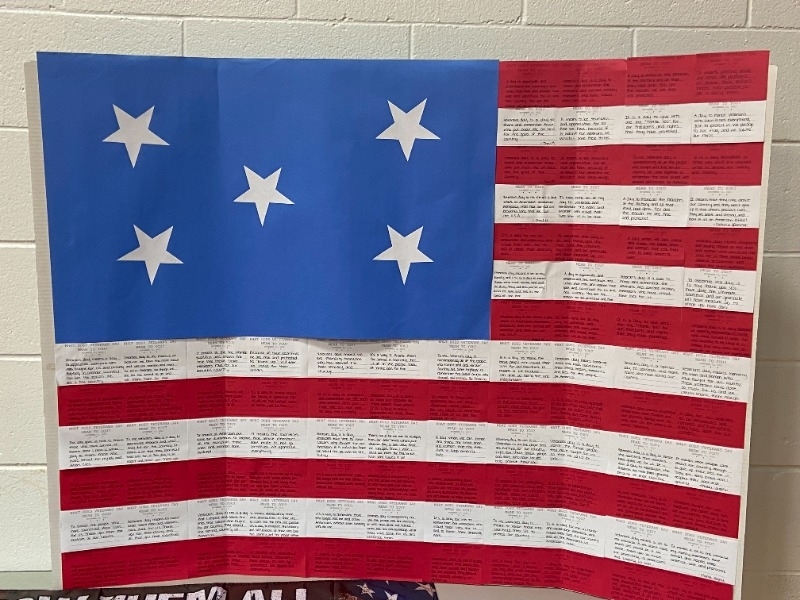 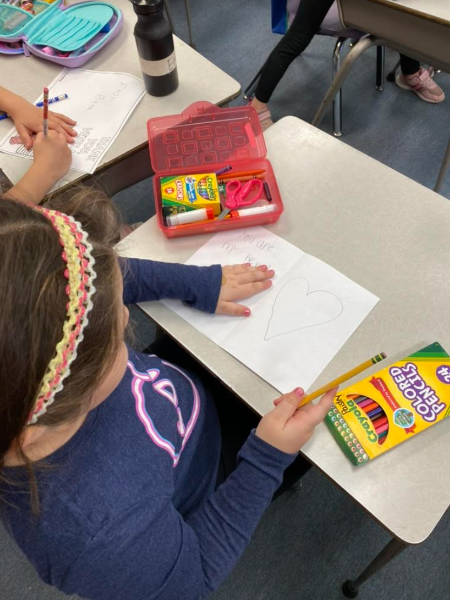 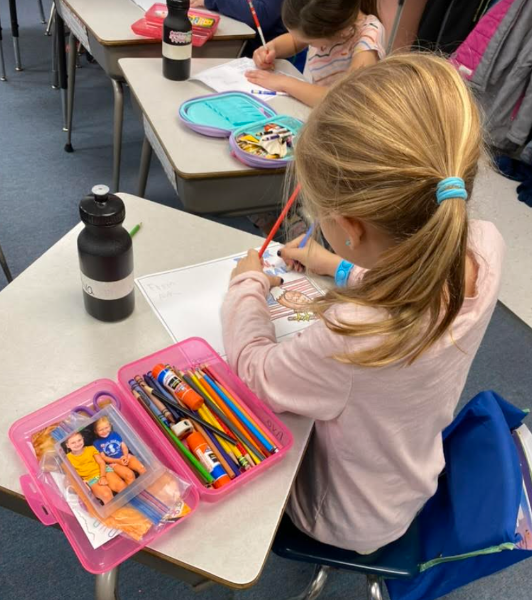 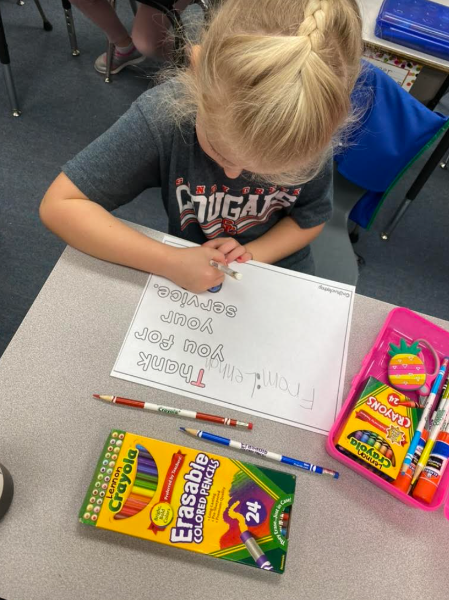