Today
Sunny, with a high near 93. North wind 5 to 10 mph becoming east southeast in the afternoon.
Tonight
Clear, with a low around 59. East southeast wind around 5 mph.
Tuesday
Mostly sunny, with a high near 89. East wind 5 to 10 mph becoming south southeast 10 to 15 mph in the afternoon. Winds could gust as high as 25 mph.
Weather forecast provided by weather.gov.
Search
Main Navigation 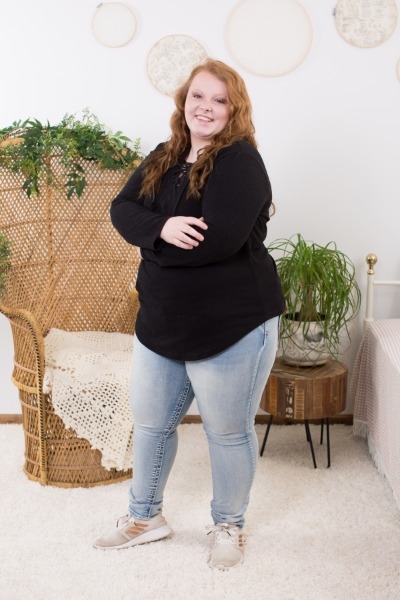 Amaya Rasmussen, daughter of Rusty Rasmussen and Christal Brudage, step-daughter of Matt Powell, was born on February 27th, 2003. Amaya has two siblings, freshman Hailey and fifth-grader Leland. When she was younger, her favorite childhood memory was when her parents took her and her siblings to the Omaha Henry Doorly Zoo. “When we were there I got a polar bear that I still have to this day. It’s my favorite because it was the last time my mom and dad took us somewhere together.”

She also mentioned that her most memorable vacation was when she went to Denver, Colorado. In Denver, they visited the Yogi Bear Camp Grounds. They also went to a renaissance fair, where they saw a renaissance-styled play.  Amaya believes that her Aunt Samantha has made the biggest impact on her life thus far. “She has made an impact in many ways. Sam has shown me that I can achieve my goals despite any obstacles that may pop up along the way.”

Since joining the Raider Family, Amaya has become very involved in academics and extracurricular activities. She mentioned that science is her favorite subject because it comes easy to her and she understands it. She has also become a part of the basketball team, as their student manager, and the Health Occupations Students of America (HOSA). These are just a few of her favorite extracurricular activities “because of the people I met and the relationships that were formed along the way.”

Amaya’s proudest accomplishment is overcoming obstacles. “I am most proud that, even though I moved around, I still tried hard and received good grades, getting through school without any failing grades.” Her advice for the underclassmen is to not worry about significant others or drama, in the end, they will be able to leave and make new friends. “Also join clubs and be involved in activities. High school goes by too fast to let it just slip by without accomplishing anything!”

After graduating from high school, Amaya plans to attend the University of Nebraska at Kearney and hopes to major in psychology with a minor in Spanish. In the future, she hopes to be working as a pediatric doctor and living in either Texas or Oklahoma.